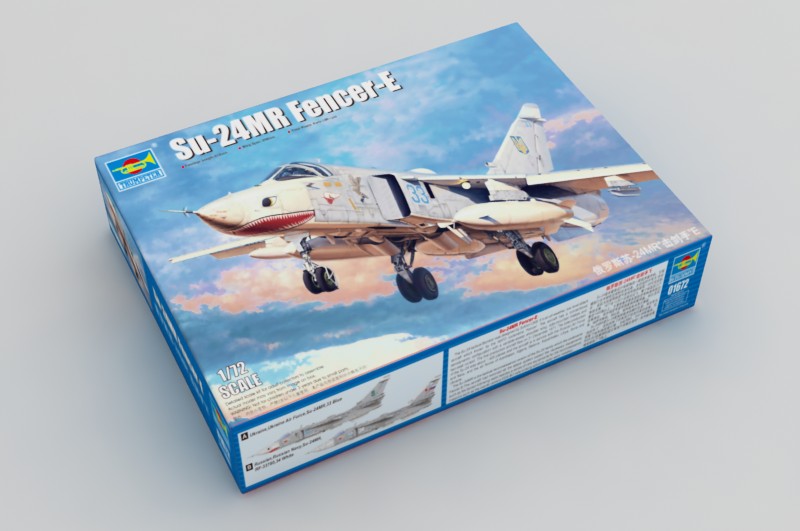 The Su-24 tactical Bomber was designed by Sukhoi OKB. It`s an all-weather, low-level attack aircraft which known by the NATO codename ‘Fencer’. The aircraft has a conventional aerodynamic configuration with a variable-sweep shoulder wing, side-mounted intakes and two-seat cockpit. The first production aircraft flew on 31 December 1971. The total production of the Su-24 was about 1,400 planes and the aircraft is in service with the Russian Air Force and Navy, and the air forces of Azerbaijan, Algeria, Belarus, Kazakhstan, Libya, Syria and Ukraine.

The Su-24MR is the tactical reconnaissance version of the Su-24 family which the codename Fencer-E.The aircraft had removed all the attack system expect the necessary equipments such as the terrain-following radar.besides,a series of new equipments for the reconnaissance missions such as the Aist-M camera,RDS-BO side-looking airborne radar were installed.

Need help to buy this product. E-Mail Us.