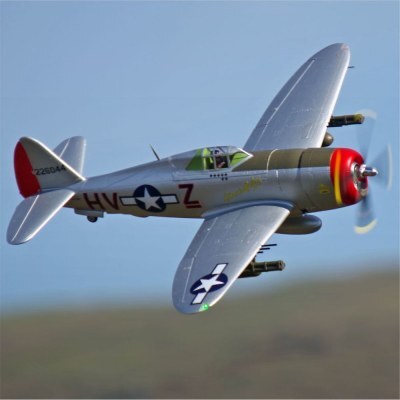 The Republic P-47 Thunderbolt was a World War II era fighter aircraft that served with the United States Army Air Forces. Weighing in at eight tones when fully loaded, it was one of the heaviest fighters and ground attack aircraft of its era. Carrying M8 rocket pods and a 2500lb payload of bombs, it was highly effective in ground attack missions.

E-mail us , to find out if this Aircraft is in stock. vik@vikshobbies.com