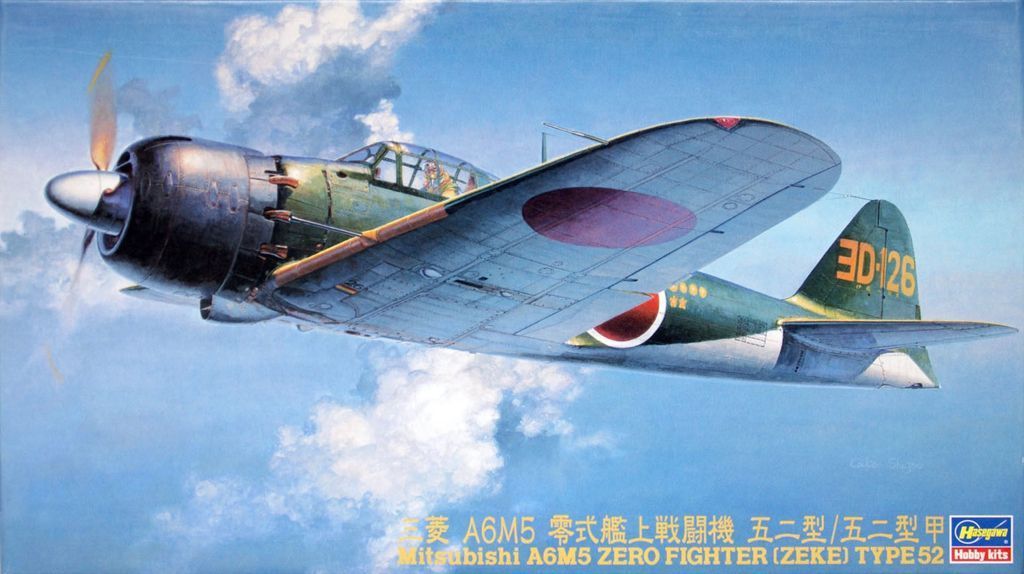 The JT70 Mitsubishi A65 Zero Fighter (Zeke) Type 52 1/48 Scale Model by Hasegawa is an excellent kit that would go up towards the top of the to-do scale modeller’s list.

Being one of the best Zero fighter kits that Hasegawa has put in the market, and with the updates that it had produced since its first production in 1981, you could say that the “It’s about time to get this one done!”

Sometimes considered as the most effective variant, the Model 52 was developed to again shorten the wings to increase speed and dispense with the folding wing mechanism. In addition, ailerons, aileron trim tab and flaps were revised.

This product was made in Japan