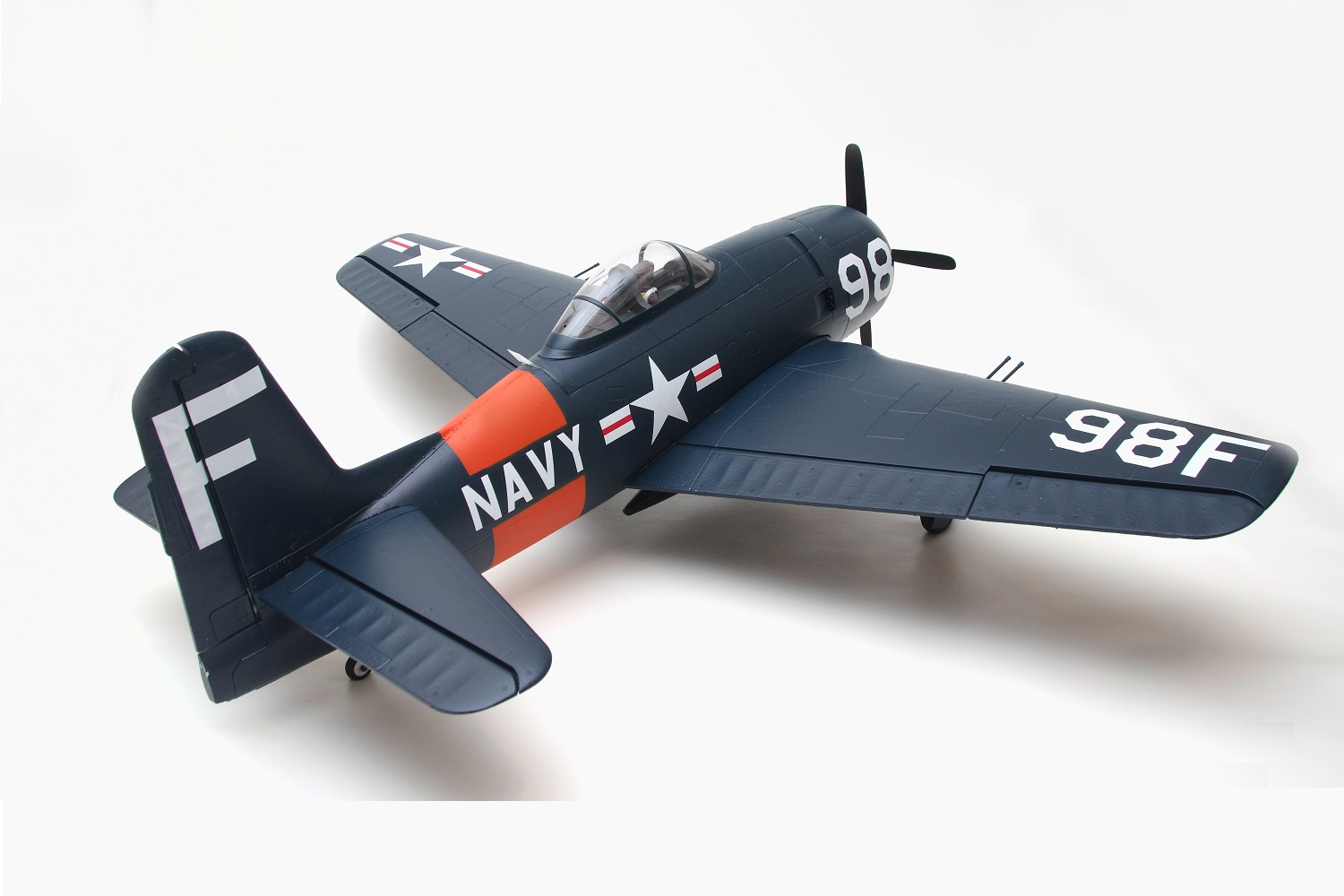 Shortly after the Battle of Midway, Jamie Thach (inventor of the Thach Weave combat tactic) and other pilots who had participated, met with Grumman personnel at Pearl Harbor to give input into a new carrier fighter design, specifically with maximum climb rate for interception. The resultant plane, the Bearcat, had the same engine as the F6F Hellcat, but was about 5 feet shorter. This, combined with a lighter airframe and a thinner wing, allowed the Bearcat a 50mph advantage over the Hellcat and a record setting climb rate. There is speculation that the testing of a captured German FW190 interceptor may have influenced the design. While arriving operationally in the summer of 1945 to the Pacific, the Bearcat was immediately busy being a Kamikaze Killer of the top rank.

fter the war the Bearcat filled out 24 squadrons and outperformed the early jet fighters, until being replaced by the F9F Panther and F2H Banshee during the Korean War. Subsequently the Bearcats went on to serve with the French in Vietnam as well as Thailand.

Arrows faithfully recreates the F8F in exceptional realism. Despite its compact size, the realistic landing gear, retracts, panel lines, functional flaps, pilot and auxiliary fuel tank were all replicated realistically. The preinstalled 40A ESC and 3536 850kV power system is adapted for scale and sport flight maneuvers. For scale lovers, the Bearcat awaits!

E-Mail Us to find out if this plane is in stock.

If you have this Aircraft leave a comment, tell us more. Is it a nice RC aircraft to fly.